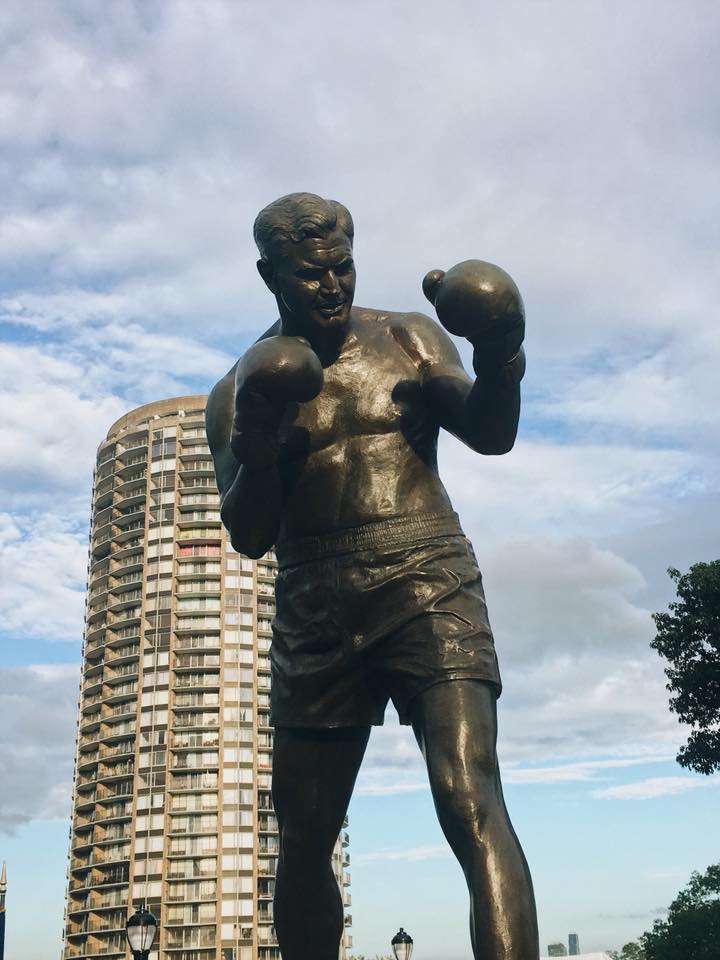 On September 26, 2018, North Hudson County Park in the boro of North Bergen NJ unveiled their newly commissioned bronze statue of James J. Braddock in the park that bears his name and is the very park he trained in just a couple of blocks from Braddock's North Bergen home

The unveiling was by invitation only and was attended by Braddock family members from around the country, North Bergen / Hudson County dignitaries and a handful of members from the boxing community including former boxing greats Gerry Cooneylaunch and Chuck Wepnerlaunch who was said to have been the inspiration for the Rocky movies.

Internationally recognized sculptor Zenos Frudakislaunch carried out the commission which was approved by the Hudson County Board of Chosen Freeholders.